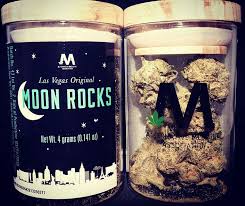 Canadian-based Friday Night Inc. (TGIFF) reported its first-quarter results with C$2.5 million in gross revenues versus no revenue from the same time period in 2016. The stock jumped over 18% on the news to lately trade at 71 cents on the OTC Marketplace.

While the revenues were signs of great progress, the company did deliver net losses of C$599,582 versus last year’s net loss of C$113,290 for the same time period. The losses were associated with the increased expenses as the company has worked to enter the Nevada market. Although the company reported a net loss, it also recorded gross profits of C$1.1 million and is well-positioned with C$5.6 million in cash at the end of the quarter.

“These results prove how large our footprint is becoming and attest to how healthy the market is in Nevada,” said Brayden Sutton, CEO of Friday Night.  “Our team has worked incredibly hard to achieve such great results, and as we fine-tune operations and expand our facilities and partnerships within and outside the state, we are getting very close to becoming cash flow positive.”

Developments in Q1 According To The Company’s Statement